On a 1973 visit to New York City (years before he lived there) a young John Shirley happened to see a Blue Öyster Cult performance as part of the Schaefer Music Festival in New York City's Central Park. It was not long after their second album, Tyranny and Mutation, had been released. He bought it and Blue Öyster Cult, their eponymous debut album forthwith. According to Shirley, he got "serious BÖC damage from the first three LPs especially... I was impressed by the intelligence of their metal and the resonation remaining of classical influence; interesting lyrics; their persona... Their sense of humor and intricacy provide fascinating subcultural intersections."

Shirley dedicated his first published novel to BÖC (among others). Its title, Transmaniacon—and its fictional eighties-era biker club brought into the twenty-second century for the book—were inspired by Blue Öyster Cult's "elegy to Altamont," "Transmaniacon MC," a song from their debut album.

Many years later... a mutual friend knew BÖC were looking for someone to write lyrics. "They'd heard of me and I adored their music—the thinking man's hard rock band, with one of rock's greatest guitar players, Buck Dharma—and I went for it. The original set of lyrics went to Sandy Perlman and he said some were 'appropriate' and passed them on. Two of those—"Demon's Kiss" and "The Horsemen Arrive"—eventually became songs for the soundtrack of a mess of a science fiction spoof film, Bad Channels. There was a certain, ah, hastiness to how the songs were recorded, but they were also great interpretations not only of the lyrics but also, more importantly, of the musical ideas that seemed to be hovering around them. Since then, I've written numerous other lyrics for BÖC. Of course, I write far more than they use; I'm too prolific for my own good, that is, for consistent quality. I used to fax lyrics to Don (Buck Dharma) Roeser, now we email. He writes around them or fits them to something he has, or, perhaps, puts them in a drawer and forgets about them. Eric Bloom has written music to my lyrics too." 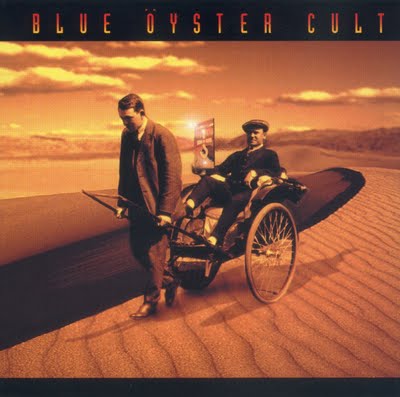 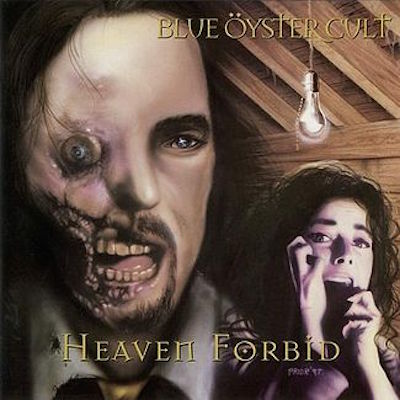 Eight (*) of the eleven tracks on Heaven Forbid (1998) have lyrics by John Shirley.

Then and Now (compilation) reprises "Cold Grey Light of Dawn", "Damaged",and "See You In Black" (from Heaven Forbid); "One Step Ahead of the Devil", "Dance On Stilts", "The Old Gods Return", and "Pocket" (from Curse of the Hidden Mirror).