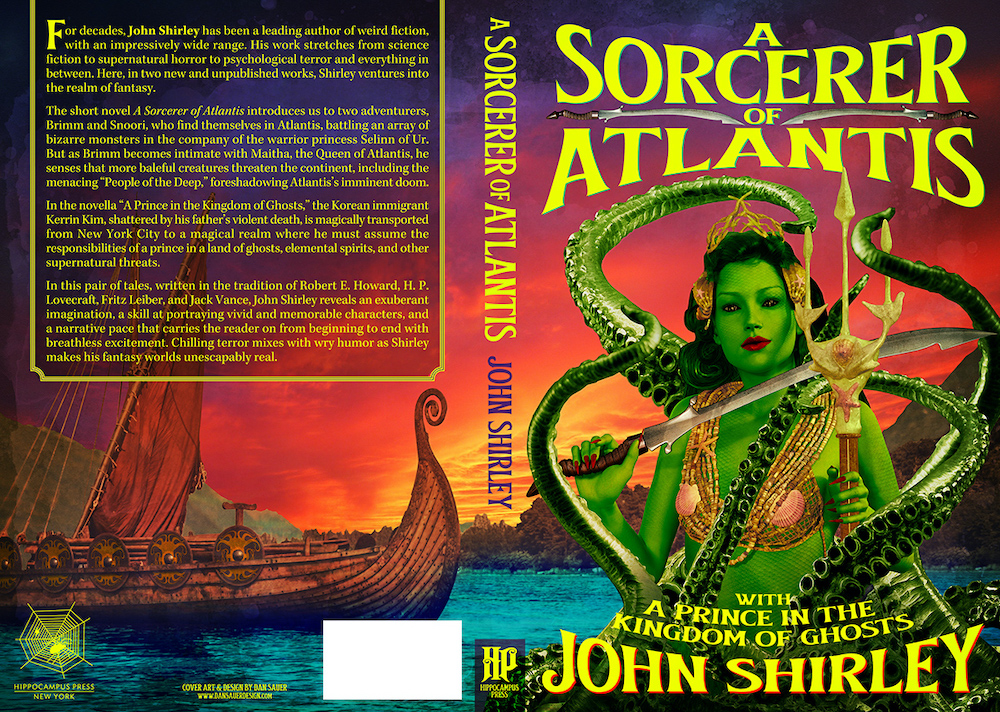 A Sorcerer of Atlantis (Forthcoming)

A Sorcerer of Atlantis introduces two adventurers—Brimm and Snoori—who find themselves in Atlantis battling as array of bizarre monsters in the company of warrior Princess Selinn of Ur. But as Brimm becomes intimate with Maitha, the queen of Atlantis, he senses that even more baleful creatures—including the menancing People of the Deep—threaten to doom the fabled continent.

Also included is the novella “A Prince in the Kingdom of Ghosts.” Korean-American Kerrin Kim, shattered by his father’s death, is himself murdered—and finds himself in an afterlife realm where he must assume the responsibilities of a prince in a land of ghosts, elemental spirits, and other supernatural threats.

John Shirley on A Sorcerer of Atlantis:

A Sorcerer of Atlantis is a sort of celebration of the Robert E. Howard, L. Sprague De Camp, Fritz Lieber, and Michael Moorcock sword-and-sorcery subgenre of fantasy. I do it my way—I always try to bring something original to any genre I work in—but it’s still a classic fusion of horror and fantasy and heroic adventure. It’s something I always wanted to do so I just went ahead and did it.