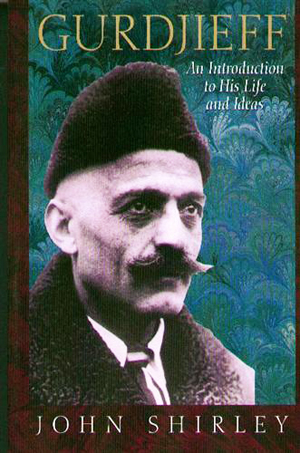 Gurdjieff:
An Introduction to His Life and Ideas

"Shirley speaks with a fresh and honest voice of one of the important and powerful spiritual teachings of our time."—Jacob Needleman

A dramatic and literate introduction to one of the twentieth century's most influential and intriguing spiritual teachers. Born in the shifting border between Turkey and Russia in 1866, G. I. Gurdjieff is a man who would continually straddle borders--between East and West, between man and something higher than man, between the ancient teaching of esoteric schools and the modern application of those ideas in contemporary life. In many respects—from the concept of group meetings to the mysterious workings of the enneagram to his critique of humanity as existing in a state of sleep—Gurdjieff pioneered the culture of spiritual search that has taken root in the West today. While many of Gurdjieff's students—including Frank Lloyd Wright, Katharine Mansfield, and P. D. Ouspensky—are well known, few understand this figure possessed of complex writings and sometimes confounding methods. In Gurdjieff: An Introduction to His Life and Ideas, the acclaimed novelist John Shirley--one of the founders of the cyberpunk genre--presents a lively, reliable explanation of how to approach the sage and his ideas. In accessible, dramatic prose Shirley retells that which we know of Gurdjieff's life; he surveys the teacher's methods and the lives of his key students; and he helps readers to enter the unparalleled originality of this remarkable teacher.

He was a startlingly rare bird. He was like no other," writes Shirley of G.I. Gurdjieff, one of the most influential and most enigmatic spiritual masters to appear in the West. Born, he said, in 1866 in the Russian-Armenian city of Alexandropol, Gurdjieff spent his life searching for and refining an esoteric teaching that addressed the essential question: what is the purpose of life, including our individual lives? Through his own writings, music, sacred dances and other exercises, which came to be called the "Work," Gurdjieff, who died in Paris in 1949, sought to bring seekers not answers but a capacity for authentic self-realization. Drawing from Gurdjieff's own writings and accounts by his students, SF/horror author Shirley (Demons, etc.) describes bits of the extraordinary expeditions, adventures and experiments that Gurdjieff undertook, seeking to describe how we can learn to strip away the layers of conditioning to touch essence and more to cultivate true being ('Real being, said Gurdjieff, is fed, and grows, each time we are sufficiently conscious; each time we're genuinely present to ourselves'). By Shirley's account, Gurdjieff's greatest literary effort, his vast and utterly original allegory Beelzebub's Tales to His Grandson, is a work of being, carefully designed to lead receptive readers to the truth inside themselves. Shirley does not pretend to be able to pack such a punch. Nor does he match the drama and emotional power of firsthand accounts of Gurdjieff, like P.D. Ouspensky's In Search of the Miraculous. His book, instead, reads like set of notes from a contemporary 'Work'-in-progress. Nonetheless, Shirley offers a fresh, contemporary take on what may be a great man and a great teaching, a take that serves as a useful introduction