Part One: Hideous and Fantastic

I'm a guest at a book festival in Las Vegas. The festival organizers are a tad defensive in tone about culture and books in Las Vegas. As if they feel people assume there isn't much literary culture here. Well, I strongly suspect there isn't much, relative to the size of the population. But there's some, there are literate, smart, cultured people who live here, and they're trying. Still, it's impossible for any reasonably bright person to view LV, in a blanket sense, as anything but a great parasitical sheep-shearing device. It is a town built on parasitism. So is Orlando, tourist towns want to separate you from your money too, but the persistent sense of a vampire at work, using her supernatural powers to keep you mesmerized as your blood is sucked, is even more intense in Las Vegas. 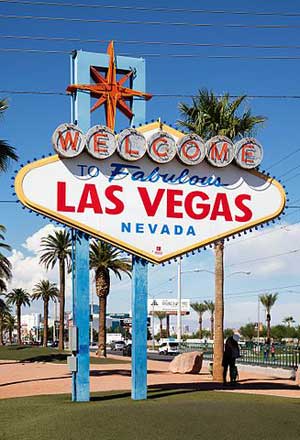 I gamble only a little, the occasional low-stakes poker game, and I'll play a little poker while I'm here, but I won't risk much and I won't play anything else. The horror of the vampiric hypnotist is never far from me. My wife has toyed with the slots a little and will play some blackjack, but she won't go far either—she seems startled when she loses money gambling, though she knows perfectly well it's a likelihood—and we'll pass through Vegas relatively undrained, losing only a pint at most between us.

But the haunted faces, the agitated motions of the gambling addicts and the "temporary addicts", those caught up in gambling fever, are as everpresent as the slot machines, the perpetual noise—the NOISE!—and the lights in Vegas. One sees slot machines almost immediately on deplaning at the airport. I was amazed to see them in between the baggage turntables. You can lose a great deal of money before you've even claimed your baggage. Theoretically, a susceptible person, and there are many, could get off the plane, lose all their money before getting their luggage, and have to use their return ticket immediately, returning the luggage to the airline without ever leaving the airport. If one wants to take a cab from the airport one has to wait in a long, long, long line, for an endless parade of cabs all probably destined for the casinos—and inevitably one pictures lines of sheep going into a chute for the shearing.

Most of the people who work here as dealers, cashiers, shills, seem half dead, they have "how did I end up doing this?" looks in their eyes... They've built a grand pedestrian mall in place of Fremont Street, or enclosed it, really, eliminating cars, so that visitors go from kiosk to kiosk and casino to casino, the Four Queens to the Golden Nugget, by strolling under this vast templelike over-arching roofed area, past some of the most exquisitely kitschy bad-taste artifacts ever conceived and sold by man—things, like the glimmering light spinning behind the crucified Jesus image, that are beyond campy, beyond irony, in some special realm of vulgarity, the Platonic ideal of vulgarity.

The casinos all have low-rez screens out front, now pseudo-video screens with images of people winning, girls gyrating and offers of loose, loose, the loosest games. They're so loose they're barely making incredible outrageous profits every day off legions of clueless people operating under the delusions fostered by national and international TV and internet advertising. The pinnacle of vulgarity, though, almost literally, is the ceiling of the great mall, stretching like a metal webbing from casino to casino, which is many blocks long and a half-block wide, and is one big digital screen. It's an attraction in itself, it must be admitted—and god, suppose they gave it to an actual artist to use sometime? At intervals it lights up gigantically with images of racing cars and money and fireworks, all moving in accompaniment to the music endlessly thudding from gigantic speakers on all sides. They had a "God Bless America" sequence with giant waving flags in this digital ceiling, with bursting rockets and images—upside down, often, depending on where you're standing—of the Statue of Liberty and Mount Rushmore, and it went on and on, blurry images of the Constitution, all to booming patriotic music—it was hideous and fantastic in the original sense of that word, all at once. You may not be picturing the hugeness of this imagery, surely the biggest video (or digital?) screens on the planet, consuming block after block, like a sky display from the God of Bad Taste. It's just amazingly BIG. All of this gives the place a kind of Bladerunner affect—but it's a cleaned up Bladerunner. Despite the giant images of strippers flashing by on the fronts of some building, everything is, in terms of physical grime, squeaky clean—they don't even allow panhandlers on this giant gambling mall... but I did spot a few discreet prostitutes, eyes darting for just the right guy to accost.

I've not conveyed a sense of the frenzied activity here, the endless drone of the money-sucking machine that is this town, nor even mentioned the oxygen bars on the mall, with flavored air for sale, but I must go, my wife is a tad bored, and she wants to go to the Luxor and ride around inside a pretend pyramid...

I'm in Las Vegas for a book festival and some of the events are at the Las Vegas Library. A cab driver was asked at the airport to take an attendee to the library. The cab driver said, "Oh yeah I know that strip club."

"Strip club? There's a strip club called The Library?" Turns out there is.

"I'm talking about the library... the actual library..."

Here's another: Of any US city of 1,000,000+ population, Las Vegas is dead last in per capita college graduates.

It's a city of addictions, my wife points out—gambling addiction is just the most obvious. Smoking is allowed pretty much anywhere. (I played poker in the Golden Nugget's so-called "smoke-free poker room" which turns out to be an area separated from the slot machines by a rail. Someone should tell them that smoke doesn't stop at railings. It was noisy and smoky there. But I played for several hours...) Drug addiction is assumed, speed a likelihood in an environment that encourages you to stay awake for days at a time. I know it's there because the woman who brought our room service at the Four Queens was an obvious tweaker—I've never seen a more obvious one.... Carb addiction is certainly encouraged in Vegas—deals on high fat food are traditional here and there are vast numbers of obese people (most of them, addmittedly, tourists, a jiggling slice of obese American life), sex addiction is much in evidence, and alcoholism: people drink alcohol out on the mall, drift in an out of casinos with drinks in their hands (one liquor store simply advertises: ALCOHOL), and the addiction to distraction, to being mesmerized by flashing lights and noise and promises, is fundamental.

The noise in the casinos is in large part from the slot machines, which come in hundreds of varieties now. There are slot machines inspired by the movie ALIEN in which you have to hatch alien baby monsters in the right denominations to win. There are STAR WARS slots, there was even a MONTY PYTHON slot machine. The noise they make in toto varies little from casino to casino—yet it's always changing, always in flux, always formless. It chimes and burbles and dings and tinkles in patterns and non patterns. The overall effect is remarkably like the music of certain avant garde composers, maybe John Cage getting drunk with Terry Riley.

My wife Micky right now just finished playing the slots again... got to get her to the airport... actually though she had the strength of character to quit while she was twenty dollars ahead.

But of course there's more to Las Vegas we don't normally see. Here is a hint from a friend of mine who lives there: "...there is a great music scene here, off the strip. All the players in the strip's big shows are great players, and they assemble in various combinations in other venues, and as a musician myself, that part of it is fun. Sort like Broadway in NY, pretty depressing unless you are wealthy, but the actresses and dancers give the place a great flavor."